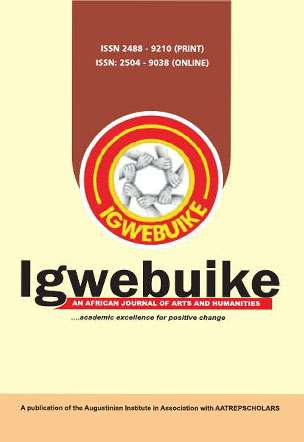 IAAJAH - IGWEBUIKE: An African Journal of Arts and Humanities
Vol. 8 No. 2, 2022
TRADOECOLOGY OF THE YORUBA AS A TOOL FOR SUSTAINING THE ENVIRONMENT IN TRADITIONAL COMMUNITIES: A STUDY IN ECOLOGICAL ANTHROPOLOGY